How to Solve Clean Cooking for 4 Billion People: The Disruptive Potential of the ‘Impact Flywheel’ 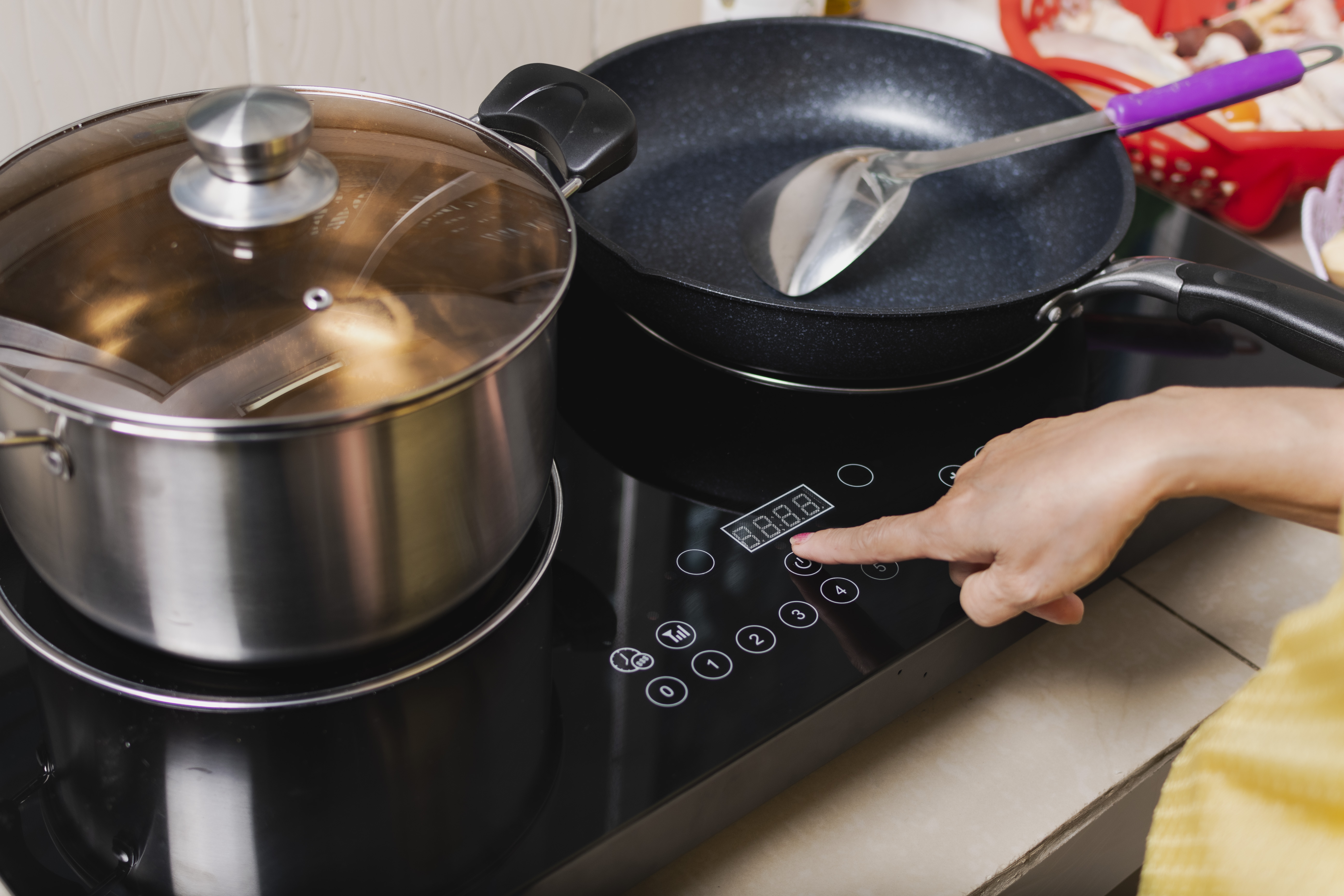 Four billion people, half of the global population, lack access to clean, modern cooking services. The issue affects women and girls in particular, who lose around 13 hours per week cooking with biomass and then breathe in the harmful smoke it generates, which leads to almost four million deaths per year — almost three times more than global deaths from traffic accidents. This issue is costing the world’s economy approximately $2.4 trillion each year due to the adverse impacts of unsafe, polluting fuels and technologies on health, climate and livelihoods. As a macro-level comparison, this is more than the national GDP of Italy. At a micro level, this equates to $3,000 per year in lost economic opportunity among households without modern cooking, which generally earn less than $10/day.

Providing access to clean cooking services would not only have a dramatic impact on the health and livelihoods of these households, but it would also have a huge environmental impact. The switch away from burning wood and other biomass would reduce global greenhouse emissions each year by 1 billion tons, an amount greater than the emissions produced by the entire global commercial airline industry (915 million tons/year).

With that kind of impact potential, solving clean cooking provides the biggest triple-bottom-line opportunity of this decade. Such enormous numbers beg the question: Is this a solvable problem? And if the answer is yes, then the second question is: How?

ATEC has attempted to answer these two questions, and in the article below, we’ll explore why we think this problem is solvable through disruptive technology produced by ATEC and others. The article articulates a strategic model that can be used to achieve this goal in the shortest time period possible. (For the purposes of this analysis, we propose the shortest time period to be the remainder of the decade, ending in 2030.)

The suggestions in this article are technology-agnostic, though we believe that they must meet or exceed Tier 4 in ESMAP’s Multi-Tier Framework to truly be sustainable. ATEC will use the technologies we have developed and patented — i.e., pay-as-you-go (PAYGO)-enabled electromagnetic induction cookstoves and biogas — to frame the narrative. But we hope similar systems thinking will be applied by other impact enterprises working in clean cooking or related impact technologies designed for the base of the pyramid (BoP).

Regardless of the technologies involved, roughly 800 million households will need to transition to new approaches to solve clean cooking for four billion people. Through this analysis, our goal is to show how ATEC plans to be a tipping point leader in reaching this goal — and to point out a pathway that is also viable for others to follow.

WHY CLEAN COOKING IS A SOLVABLE PROBLEM BY 2030

The world has multiple urgent problems that need solving, many of which impact over one billion BoP people each year. They are all worthy of solving, but the question we put to ourselves at ATEC was: Which high-impact problem could we actually play a significant role in solving through the technologies we were developing? Some big problems exist that we’re passionate about and could work on — including sanitation, agriculture and sustainable farming. However, the solutions to these and many other developmental challenges require multiple interventions from multiple different actors.

After reviewing these challenges, we saw one standout problem that both impacted over one billion people and that could be solved with a single technology-based intervention: clean cooking. What’s more, a number of macro trends are emerging that we believe will play a significant role in making clean cooking solvable on a global scale:

Due in part to these macro reasons, ATEC believes that clean cooking is uniquely solvable with the right technology and business models. But what exactly would it take to solve this problem in the next 10 years? From the manufacturing side, we estimate that a solution would require the sale of 6.7 million units per month for the next 10 years. This may seem like a big goal, but the global electric cookstove industry (including in developing countries like Brazil, China, India and Indonesia) is already a $19 billion/year market producing millions of units a year. For the sake of comparison, with another product that impacts over one billion BoP people — smartphones — monthly sales are currently around 128 million units. The smartphone industry was able to achieve this level of scale by offering products whose quality and price make them accessible to BoP markets — something other industries can clearly emulate.

Additionally, we’ve seen that lack of uptake of clean cooking products is not a matter of people not wanting to change. Based on ATEC and many other impact enterprises’ direct field experience over the last six years of working with BoP households, people are ready for a better solution as they continue to grow economically and lift themselves out of poverty. Contrary to what you might sometimes hear, people don’t see continual use of biomass as desirable. So why then are four billion people still using it?

We believe the answer is straightforward: The combination of high quality AND low price AND scalable distribution is yet to be achieved in BoP markets for clean cooking — otherwise, the problem would already be solved, just as the information access problem has been addressed through the growth of the smartphone market mentioned above. As it is in every other commercial product sector that’s working to increase uptake among customers, you need to offer the right quality product at a price that’s more attractive than their current offer — then deliver this at scale.

ATEC’s conclusion is that the disruptive macro forces listed above are about to rapidly open up BoP markets to higher-quality, lower-cost products as they start to benefit from the full potential of connection to the global economy. Below, we’ll discuss our method for leveraging these trends to achieve the uptake of clean cooking solutions in the shortest possible time.

The “flywheel” business model was first conceptualised in Jim Collins’ 2001 book “Good to Great,” but it was only really crystallised in his 2019 monograph “Turning the Flywheel.” It takes a systems, rather than a linear, view of business models, in which each “flywheel turn” generates compounding momentum and impact. Overtly or not, the flywheel approach has been the strategic cornerstone of many of Silicon Valley’s disruptive technologies over the last two decades, most famously Amazon, Tesla, Google and Facebook.

ATEC saw that taking a flywheel view to solving clean cooking for the BoP could unlock the disruptive potential of the technology. This approach is particularly relevant given the systemic complexity of the market, which brings together both BoP households (end users) and international capital (impact investors, donors, carbon markets). Below is our summarised view, called the Impact Flywheel:

We believe this one image is key to solving clean cooking — and potentially could be used to solve other impact problems that straddle BoP and international impact markets.

Critical to the success of the flywheel is that each step must be passed through completely, otherwise, the entire flywheel comes to a screeching halt. However, once that first turn is made, further turns then become easier as the flywheel gathers momentum through efficiency and scale. With enough turns, this then leads to an industry-changing breakout such as the companies listed above have achieved within their sectors.

What does a turn of the flywheel look like, in the context of clean cooking? It’s best to look at the process in an interconnected way through a few rotations of the flywheel, to understand how momentum is generated with each turn. Below we describe the process through three turns (A,B and C) using ATEC’s products, eCook and ATECbio, as they’ve both been designed to maximise the flywheel approach.

You raise international capital equity and grant financing to invest in a team and supply chain that creates high-quality AND low-cost products, through R&D that aligns with the consumer demand and your flywheel. At ATEC, our firm belief is that the two best-in-market technologies for on-grid and off-grid BoP households are electric cookstoves and biogas respectively. This is based on our last six years of human-centred design work in BoP markets, and macro analysis.

Once manufacturing is ready, you then market and distribute your products at the lowest possible cost. The current leading distribution channel is e-commerce, which is growing exponentially in BoP markets. Early adopter customers can then easily upgrade to clean, modern cooking thanks to the low prices and PAYGO flexibility of these products, meaning they can try things with minimal risk and secured service support. As the number of end-users grows, your flywheel-aligned IoT product gives you the capability for aggregated data collection at scale. This data is then loaded to a central dashboard for international capital providers in the form of carbon credits, results-based financing and other mechanisms.

After identifying the BoP customers that generate the maximum carbon credits per connection, you sell these credits to capital providers to finance additional R&D that further drives down cost and increases quality. Brand trust increases while price decreases, meaning you’re able to market and distribute your products with even lower customer acquisition costs. With lower end-user pricing, you’re able to open up demand further as pricing becomes less and less of an issue — as a result, the product further progresses through the adoption curve, reaching the early majority. You are now collecting data at scale that can be further monetised to finance growth.

Rather than waiting until the end of the flywheel to sell credits, you now merge your end-user and carbon credit revenues into one package that creates a more stable, lower-risk debt profile, and you sell this to more traditional, larger-scale debt investors. You use this cash flow to further advance supply chain development to scale, which means you can expand to new markets. Existing markets become more profitable as you dominate the market for your product, and your bundled investment package reduces end-user costs further. You continue to generate larger and larger impacts with debt securitisation, which opens up new low-risk, high-value capital markets that provide lower-cost debt. This generates greater profitability, allowing further R&D investment in higher-quality products and business model optimisation for lowering costs.

FYI: Our assessment is that after five years of existence, ATEC is at the end of Turn A, starting on Turn B. We expect Turn B to take another two years.

This example illustrates how a flywheel can work in an impact enterprise context. Each turn generates an exponential increase in systemic energy to make the next turn bigger, faster and stronger — all while remaining focused on the principles of high-quality, low-cost and scalable distribution.

Every flywheel for each company and sector is unique. This flywheel is based on ATEC’s unique model, but we hope that it’s also applicable to other businesses in the clean cooking sector based on the current macro environment. We hope this inspires other impact enterprises in their market strategies, shifting from a linear understanding of supply chains to a more dynamic, high-growth systems approach.

To be disruptive in solving problems for over one billion people, we believe one must combine systems thinking with macro trends, then apply this to a flywheel model that strategically compounds over time. This isn’t easy, but it is achievable — and we think it can be done by ATEC and others to solve clean cooking.