ATEC* Article published on Next Billion

In the media
White Paper

A Cutting Edge Solution to a Global Problem: Why PAYGO Electromagnetic Induction Stoves Will Become the Leading Clean Cooking Tech by 2030. 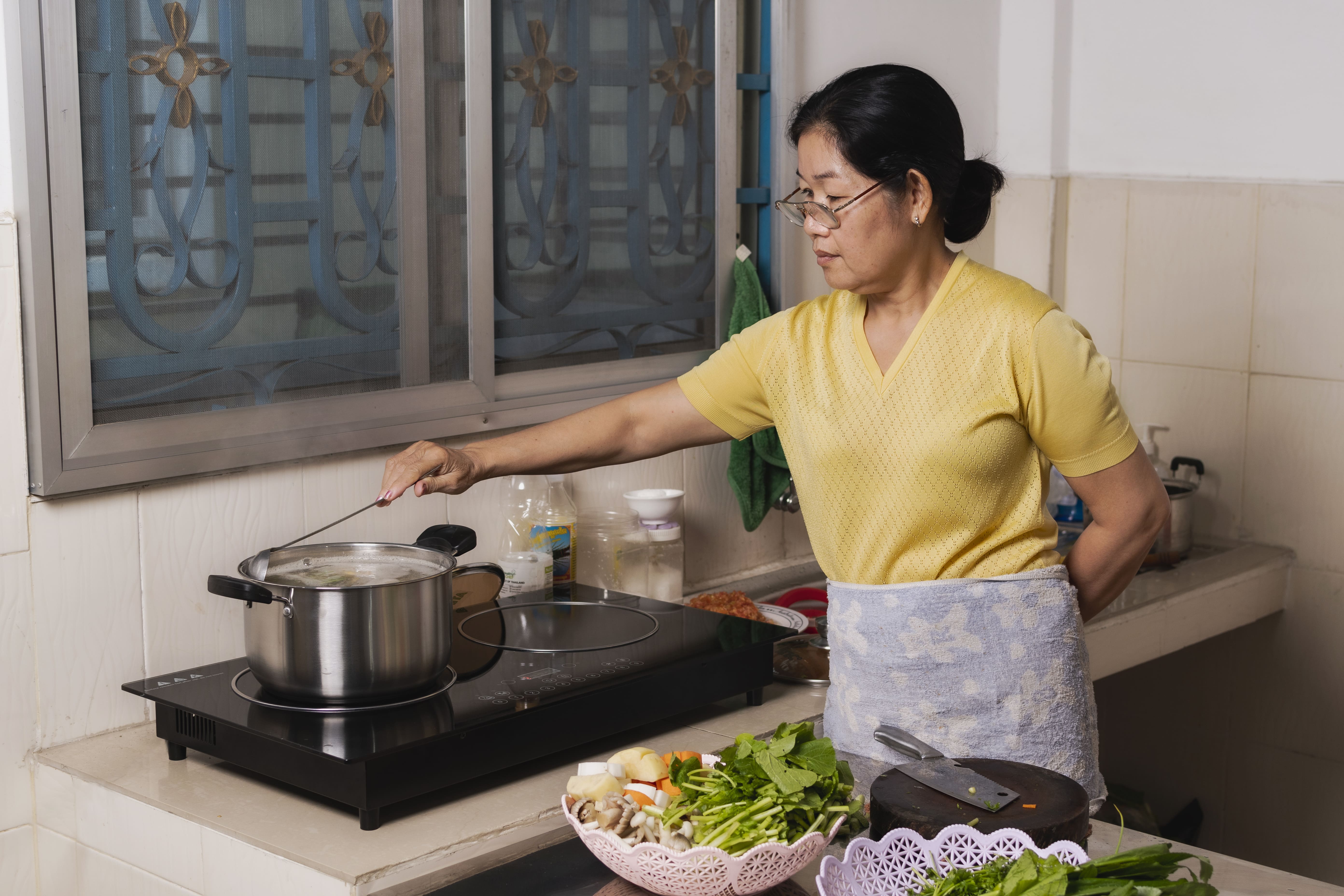 Globally about 4 billion people, half of the global population, lack access to clean, modern cooking services. This issue is costing the world’s economy approximately $2.4 trillion each year due to its adverse impact on health, the climate, and the livelihoods of women and girls – who are left with less time for work or education after gathering fuel for traditional, open-fire cooking, and who bear the majority of these adverse health impacts. In addition, approximately 4 million people, mainly women, die prematurely each year, due to household air pollution caused by open fires and inefficient stoves.

While liquefied petroleum gas (LPG) has been the most common global clean cooking solution over the last 50 years, it hasn’t achieved significant traction at the base of pyramid (BoP) for a variety of reasons we will discuss below. To solve clean cooking for these 4 billion people, other more efficient, affordable, sustainable and scalable solutions are required.

The Advantages of Electromagnetic Induction Stoves

Electromagnetic induction stoves thus far are not readily used in BoP households, and as such we see large potential for their implementation as a clean cooking solution. We came to this conclusion using a combination of technical analysis, modelling and framework tools, one of the most useful public tools being the ESMAP Multi-tier Framework (MTF).

The Energy Sector Management Assistance Program (ESMAP), a partnership between the World Bank and other development organizations, developed the MTF to monitor and evaluate energy access by following a multi-dimensional approach. The MTF uses six attributes (identified in the figure below) that are measured against detailed indicators and thresholds of access, ranging from Tier 0 (no access) to Tier 5 (full access). A household’s aggregate MTF tier is generated based on its lowest tier rating across the six attributes. For a household to be considered to have access to modern, clean cooking, it needs to be using a Tier 4 or 5 cooking solution.

Currently the main options that meet Tier 4 to 5 levels overall are electrical appliances, biogas, LPG, ethanol, natural gas and solar cookers. The game-changing advantage electromagnetic induction stoves provide over these other options is in the area of efficiency. Efficiency relates to the conversion of energy into thermal energy for cooking purposes. The higher the efficiency, the less energy that is wasted, thus resulting in lower energy costs, reduced emissions and better cooking experiences. Electromagnetic induction stoves operate at over 90% efficiency, which is significantly more than LPG and ethanol, which both operate at around 55% efficiency. This is particularly relevant to price-sensitive BoP households. Using Bangladesh as an example, we measured a 64% reduction in the cost of cooking energy when comparing electromagnetic induction to LPG.

Beyond efficiency, electromagnetic induction stoves options are the safest solution, with no open flame and no risk of explosions. Surveys conducted by ATEC* in Cambodia show that 100% of induction stove users feel safer than when using an LPG stove.

One key area that is not covered in the MTF for clean cooking is the issue of scalability. In order to impact the 4 billion people without access to clean cooking services, we need a solution that is not only clean and modern, but also scalable. LPG, ethanol and advanced biomass stoves require dedicated ongoing commercial distribution networks for their fuel source. This has a significant impact on the unit economics, particularly in less dense rural areas. This in turn leads either to lack of supply, consistently higher prices for fuels compared to urban regions, or high-cost government fuel subsidies to level out the pricing. This high cost and lack of availability is one of the main factors limiting LPG uptake within rural BoP markets.

Electric cooking avoids the downsides of requiring a dedicated fuel supply by piggybacking on the multi-functional electrical supply provided by the global expansion of electric grids. Combined with the high efficiency specific to electromagnetic induction, this means BoP households can access clean cooking at lower running costs. With no requirements for an ongoing fuel supply chain, coupled with high growth in e-commerce in BoP markets (see table below), we’ve concluded that electromagnetic induction stoves are the most scalable clean cooking solution.

The past two decades have seen significant electricity expansion worldwide, particularly in South and Southeast Asia, which still account for about half of global biomass users. By 2030, projections indicate that the majority of South and Southeast Asia will be nearing 100% electricity coverage. Even Africa, which is projected to have only 60% coverage by 2030, is still a viable market for electric cooking, considering that only 10% of the BoP population there currently has access to modern, clean cooking solutions. As electricity access grows across these regions, demand for electric cooking options is likely to increase.

The final point where electromagnetic induction stoves can outperform other cooking solutions is upfront affordability. Electromagnetic induction cooking products traditionally have been unaffordable. For example, a double induction stove costs over US $200 in Cambodia, which has an average annual income of around $1,500 per capita, making buying a stove outright unachievable for most people. At ATEC*, we believe the challenge of affordability can be addressed in two main ways.

The first involves PAYGO financing: ATEC’s patented eCook stove combines all the benefits of electromagnetic induction cooking with the flexibility of PAYGO purchasing options. PAYGO allows ATEC* and its distribution partners to sell eCook stoves on monthly installment plans costing as low as $5/month. Coupled with running costs that are cheaper than LPG, this makes electromagnetic induction cooking the most affordable solution – even when including the short-term cost of purchasing the stove.

We expect the projected increase in demand for electromagnetic induction stoves to also drive down their cost. Based on other industry examples (Wright’s Law), ATEC* expects to see the unit cost of these stoves go down by approximately 10-15% every time production doubles. Through our modelling, we forecast that unit costs of PAYGO electromagnetic induction stoves will reduce by more than half by 2030, with pricing targets in the $20-$60 range for BoP households.

That brings us to the second way the affordability challenge can be addressed. ATEC* is able to combine full GSM mobile connectivity with our PAYGO functionality, which opens up exciting additional opportunities. Not only does this allow for a streamlined user experience when making payments, it also enables live data capture from the stove, including information on electricity usage, cooking habits and location. This data can be used to demonstrate real impact, and it can be monetised into secondary income streams for ATEC*, such as carbon credits and results-based financing, thus driving the end-user’s cost down even further. This data access also supports improved after-sales service, so we can ensure BoP households get the maximum benefit from the stove for many years to come.

ATEC* is committed to impacting the 4 billion people worldwide without clean, modern cooking.  Based on our analysis of every current cooking solution available globally, due to its affordability, efficiency, safety and scalability, we’ve concluded that electromagnetic induction stoves will be the leading technology to solve this problem by 2030.

This Article was written by Lachlan Harris, Lead Engineer at ATEC* and first published on Next Billion